10 steps to creating your own local currency

Local currencies ensure that money spent at local shops gets reinvested in the community and fosters community spirit and involvement. Learn all you need to know to get one started in your area...

In March 2007 Transition Town Totnes launched the UK’s first Transition Currency – a complimentary currency, backed by Sterling, that strengthens the local economy. Since then three other Transition Towns have followed. The value of these projects is that they raise the profile of local businesses and start community-wide conversations around issues like the fragility of the international banking system, climate change and peak oil. Lambeth council estimates that the positive media coverage generated by the Brixton Pound is worth around £100,000. And since systemic risk is still alive and well in the international financial system, having an alternative currency could play a useful role in plugging the gap when the dominant system fails.

So if you want to do this in your own locality, how would you go about it? Just follow our ten-step guide…

Starting up a local currency is an ambitious undertaking that is best built on a strong foundation. If your neighbourhood has launched a Transition Initiative you will have a ready-made pool of people who will understand a lot of the issues involved and are ready to get going on a project. If you don’t have an established sustainability network, consider getting one going first. Also consider whether skill-shares, time banking or a Local Exchange Trading Scheme (LETS) might be more suitable models for your area.

2. Organise an open meeting on a topic related to money

This will bring in interested people and start seeding the idea in your community. The evening could include a speaker (from a group that has already launched an alternative currency or from a thinktank such as the New Economics Foundation), a film showing (try Money as Debt or one of the films made by established local currency projects) and a group discussion. Start thinking about the kind of people you want to get involved and make sure they are amongst the targets of your publicity. Take people’s email addresses so that they can be kept informed as the project develops.

3. Identify and engage your stakeholders

Your main stakeholders are likely to be local residents and local traders – the two groups of people who make the currency work in practice. Lewes had the idea of signing up 100 members in advance in a scheme they called the ‘100-Club’. The scheme was so successful that 300 people took the pledge to buy a certain amount of Lewes Pounds and to give periodic feedback on how the scheme was working. Then Brixton went one better with their ‘1000-Club’. Get traders involved early so that there is plenty of choice about where to spend your money when the scheme goes live. Brixton had 70 traders signed up at the time of their launch.

Securing the support of the local authority can be useful in giving credibility to the initiative and helping with profile-raising. In Lewes the town council publicly endorsed the project and the town hall became one of the issuing points for the currency. In Brixton, the local council has given £6,000 in start-up funding.

Oliver Dudok van Heel of the Lewes Pound team recommends a mixed team of traders and residents. Although the team will move forward collaboratively, he suggests that individual members take up responsibility for the roles of treasurer, trader liaison, community liaison, press liaison and design. Peter North also recommends a facilitator, directory producer or webmaster, events co-ordinator and a secretary.

5. Decide on the model

Take your time to research the various models and engage your stakeholders as much as possible in a public discussion about this. The most straightforward and user-friendly option is to make your currency exchangeable on a 1:1 ratio with Sterling. You will also need to consider what denominations to issue, how much total value to issue and how long the notes will be valid for.

Think about where to draw the line with traders. The four English Transition Currencies so far seem to welcome all traders as part of the scheme without them being required to fulfil any particular ethical criteria relating to local sourcing or environmental impact, although Josh Ryan-Collins, co-founder of the Brixton Pound and a researcher at the New Economics Foundation does see a case for ruling out corporations that are publicly listed and accountable to shareholders.

This is another opportunity for engaging the local population and for generating publicity. Brixton held an online ‘Vote the Note’ poll to choose which local figures should be celebrated on the different denominations.

7. Decide on your legal structure

You can launch a currency as an unincorporated association but if you are serious about this endeavour, at some point you will need to incorporate. Stroud chose the co-operative route to allow for democratic control and management of the currency by residents and traders, but this does necessitate administering a membership fee. Lewes chose the Community Interest Company (CIC) route because they felt it offered a modest administrative burden, gave the ability to trade the currency and eligibility for Government and foundation funding.

You’ll need money for publicity materials and for printing the notes. Security measures to avoid forgery can mean the latter gets expensive. In Brixton, the council gave a grant of £6,000 and four or five local businesses put in a couple of hundred pounds each in a sponsorship deal. Lewes also sold collector’s packs to raise money and both groups have dabbled in souvenirs such as t-shirts, badges and posters.

This is the big one. You’ve done all that work – you might as well celebrate, capitalise on your biggest publicity and marketing opportunity and design a memorable, preferably historic, occasion.

10. Nurture and develop the scheme

‘After the honeymoon effect the key thing is what you put in place to keep things going and maintain the enthusiasm,’ says Josh. ‘Having somebody paid is vital for that. We have a development manager, who works three days a week.’ Local councils sometimes have pockets of money that can be tapped into if you approach the right person in the right department.

How big can a local currency grow? Bernard Jarman, co-founder of the Stroud Pound, says that the Steiner-inspired Chiemgauer in Southern Germany has an annual turnover equivalent to €1/2M. ‘It’s a similar sized town [to Stroud] and there are 600 business involved. They’re able to employ a full-time administrator to run it. If we could do that we’d have cracked it in some way.’

The Schumacher-inspired BerkShares scheme in Great Barrington, Massachusetts, is said to have the equivalent of $2M in circulation and 12 local banks issuing the money.

How else might your scheme develop? Would electronic transactions help? Could the reserve generated by a currency issue be used for ethical lending? Would making currencies more regional make them more effective? What about intra-regional trading? Would an energy-backed currency be more useful in future than one backed by a national currency such as sterling? 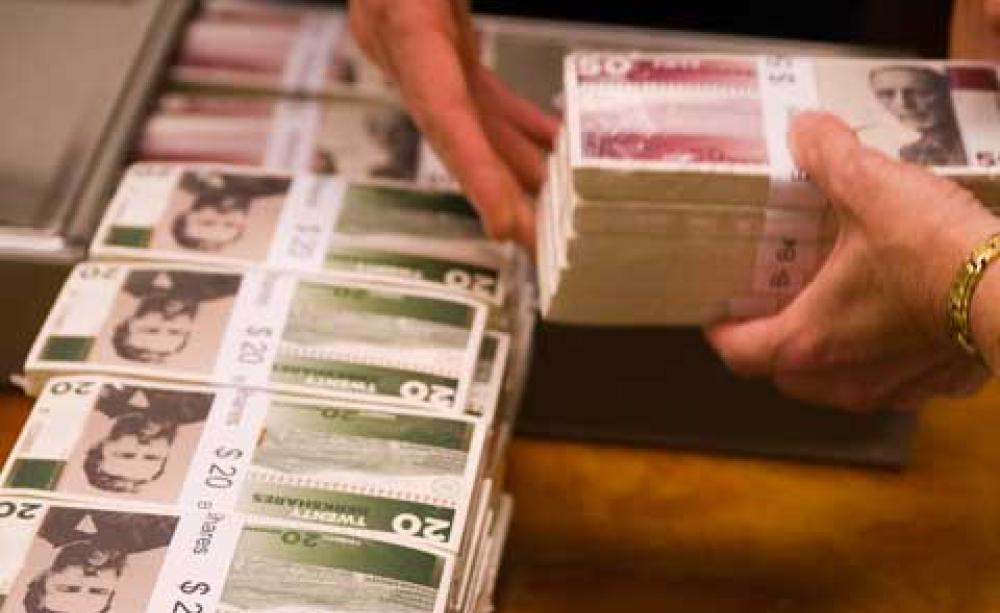