America is exceptional in the nature of its political divide

In his first speech as president-elect, Joe Biden made clear his intention to bridge the deep and bitter divisions in American society. He pledged to look beyond red and blue and to discard the harsh rhetoric that characterizes our political debates. It will be a difficult struggle. Americans have rarely been as polarized as they are today. By Michael Dimock and Richard Wike

The studies we’ve conducted at Pew Research Center over the past few years illustrate the increasingly stark disagreement between Democrats and Republicans on the economy, racial justice, climate change, law enforcement, international engagement and a long list of other issues. The 2020 presidential election further highlighted these deep-seated divides. Supporters of Biden and Donald Trump believe the differences between them are about more than just politics and policies. A month before the election, roughly eight-in-ten registered voters in both camps said their differences with the other side were about core American values, and roughly nine-in-ten – again in both camps – worried that a victory by the other would lead to “lasting harm” to the United States.

The U.S. is hardly the only country wrestling with deepening political fissures. Brexit has polarized British politics, the rise of populist parties has disrupted party systems across Europe, and cultural conflict and economic anxieties have intensified old cleavages and created new ones in many advanced democracies. America and other advanced economies face many common strains over how opportunity is distributed in a global economy and how our culture adapts to growing diversity in an interconnected world. 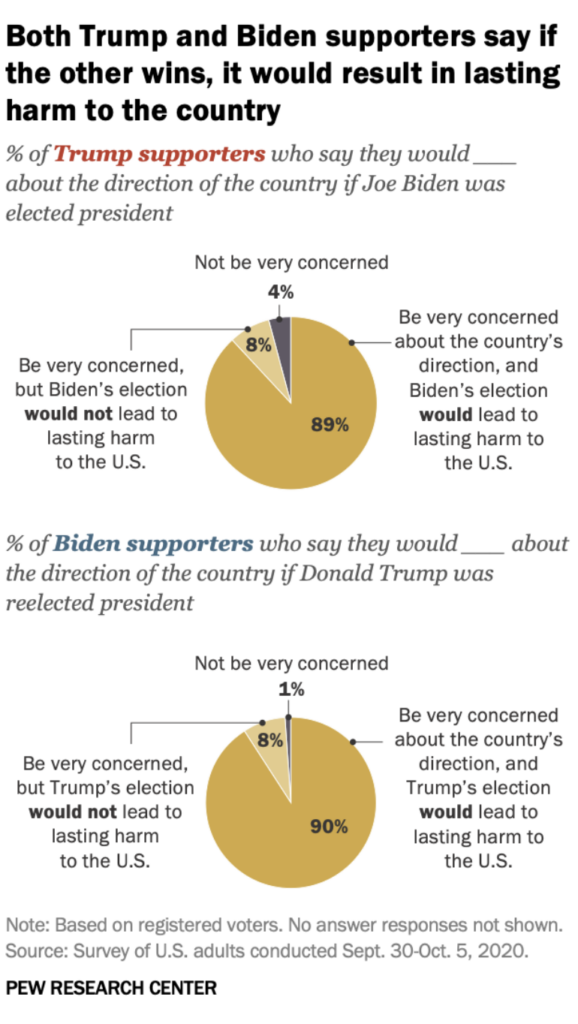 But the 2020 pandemic has revealed how pervasive the divide in American politics is relative to other nations. Over the summer, 76% of Republicans (including independents who lean to the party) felt the U.S. had done a good job dealing with the coronavirus outbreak, compared with just 29% of those who do not identify with the Republican Party. This 47 percentage point gap was the largest gap found between those who support the governing party and those who do not across 14 nations surveyed. Moreover, 77% of Americans said the country was now more divided than before the outbreak, as compared with a median of 47% in the 13 other nations surveyed.

Much of this American exceptionalism preceded the coronavirus: In a Pew Research Center study conducted before the pandemic, Americans were more ideologically divided than any of the 19 other publics surveyed when asked how much trust they have in scientists and whether scientists make decisions solely based on facts. These fissures have pervaded nearly every aspect of the public and policy response to the crisis over the course of the year. Democrats and Republicans differ over mask wearing, contact tracing, how well public health officials are dealing with the crisis, whether to get a vaccine once one is available, and whether life will remain changed in a major way after the pandemic. For Biden supporters, the coronavirus outbreak was a central issue in the election – in an October poll, 82% said it was very important to their vote. Among Trump supporters, it was easily the least significant among six issues tested on the survey: Just 24% said it was very important. 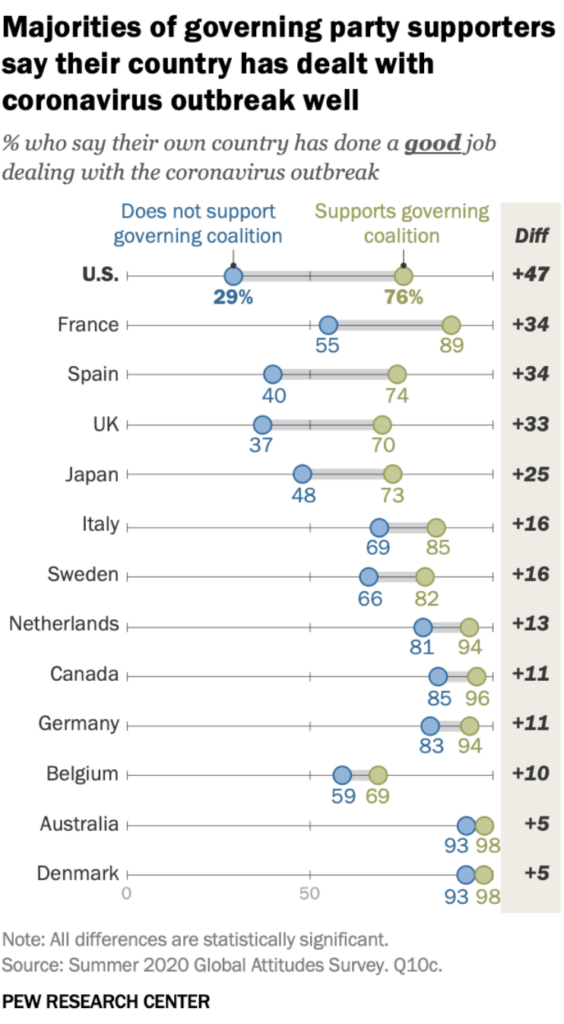 Why is America cleaved in this way? Once again, looking across other nations gives us some indication. The polarizing pressures of partisan media, social media, and even deeply rooted cultural, historical and regional divides are hardly unique to America. By comparison, America’s relatively rigid, two-party electoral system stands apart by collapsing a wide range of legitimate social and political debates into a singular battle line that can make our differences appear even larger than they may actually be. And when the balance of support for these political parties is close enough for either to gain near-term electoral advantage – as it has in the U.S. for more than a quarter century – the competition becomes cutthroat and politics begins to feel zero-sum, where one side’s gain is inherently the other’s loss. Finding common cause – even to fight a common enemy in the public health and economic threat posed by the coronavirus – has eluded us. 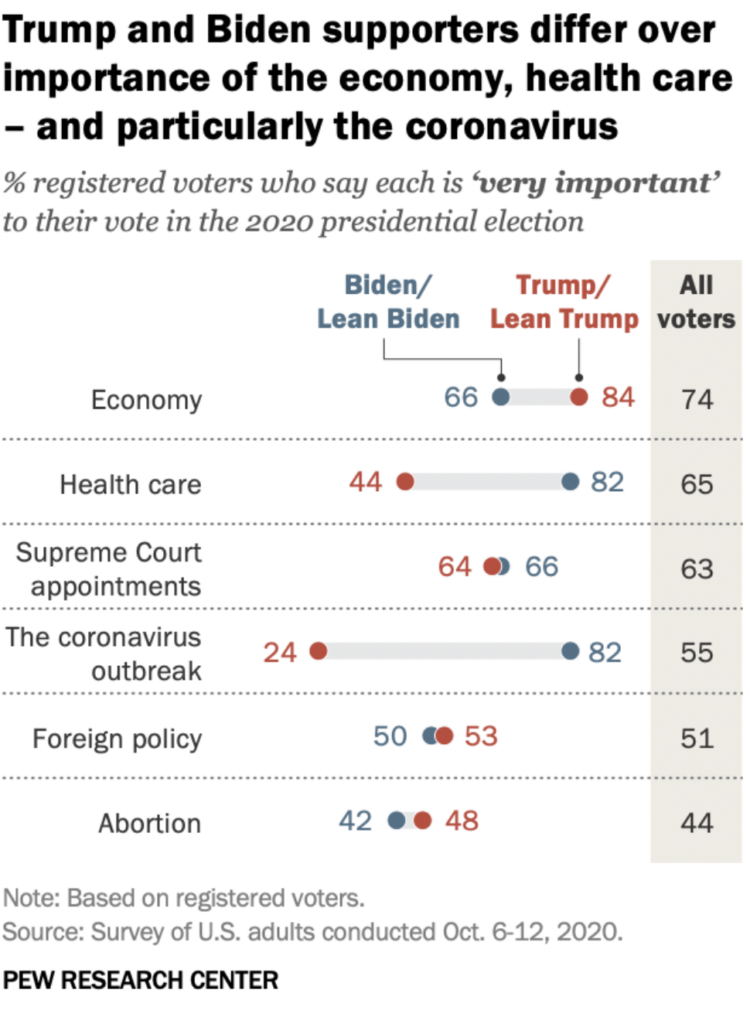