Central Bank Digital Currencies and the Future of Money

There is no doubt that Central Bank Digital Currencies (CBDCs) are in the spotlight. From mainstream media to policy makers and from regulators to bankers, there is growing discussion about this new payment technology. In fact, according to the Bank for International Settlements, 85% of the central banks in the world are currently either studying or piloting CBDCs. So, what’s behind the big buzz and what are the key points one can take away? While CBDCs are a complex topic and their narrative is still developing, in this report we take a broad view of their key features and the main scenarios that are likely to emerge in the coming years.

Throughout history money has evolved. Beginning with the use of everyday objects, to precious metals, to the gold standard and finally, to fiat in 1971, money has changed in line with broader technological and social shifts. The development of computer technology in the second part of the twentieth century allowed money to be represented digitally. By 1990, in the United States, all money transferred between its central bank and commercial banks was in electronic form. By the 2000s most money existed as digital currency in bank databases.

While digital money has been around for a few decades, many argue that we are now at the verge of digital money 2.0. Not the account-based electronic money that’s been around for the past several decades, but a new type of token-based digital money. Tokenisation, often via blockchain, is the basis of cryptocurrencies, stablecoins, and many proposed central bank digital currencies (CBDCs). The new wave of tokenised money started with the introduction of Bitcoin in 2008 as the first widely used, decentralised, peer-to-peer, cryptocurrency based on distributed ledger technology called blockchain.

Another inflection point came with the announcement of Libra (now renamed Diem) in 2019 by Facebook. Conceived as a private stablecoin – a privately issued crypto currency pegged to a stable asset (e.g. fiat money, physical gold etc) – Libra/Diem led to the development of a number of other stablecoins. It is against this backdrop that Central Banks around the world have ramped up interest in CBDCs. Conceived as a digital representation of fiat currency, CBDCs are a liability of the central bank in the same way as physical currency. This is a major differentiator between CBDCs and other tokenised money forms such as cryptocurrencies and stablecoins. 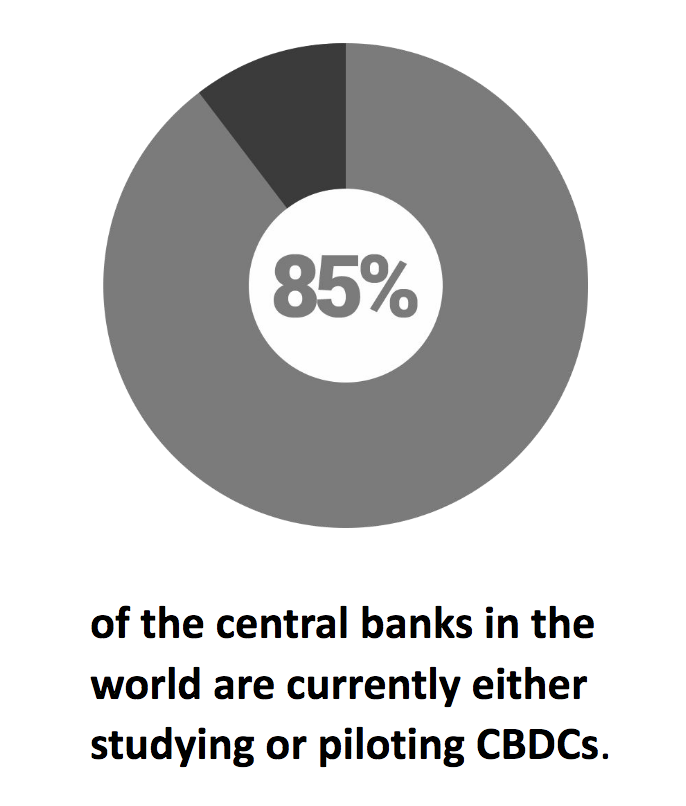 One way of categorising CBDCs is with respect to their implementation model. CBDCs can be either wholesale or retail. In the wholesale model, access to central bank digital currencies is restricted to a limited group of commercial banks and clearing institutions; conversely, in the retail model, access is widened to corporates and businesses or generally across the economy to all consumers. Currently, wholesale efforts are more prevalent in advanced economies that have more developed interbank systems and capital markets. In contrast, retail CBDC projects are more common in emerging economies with financial inclusion expected as an outcome. 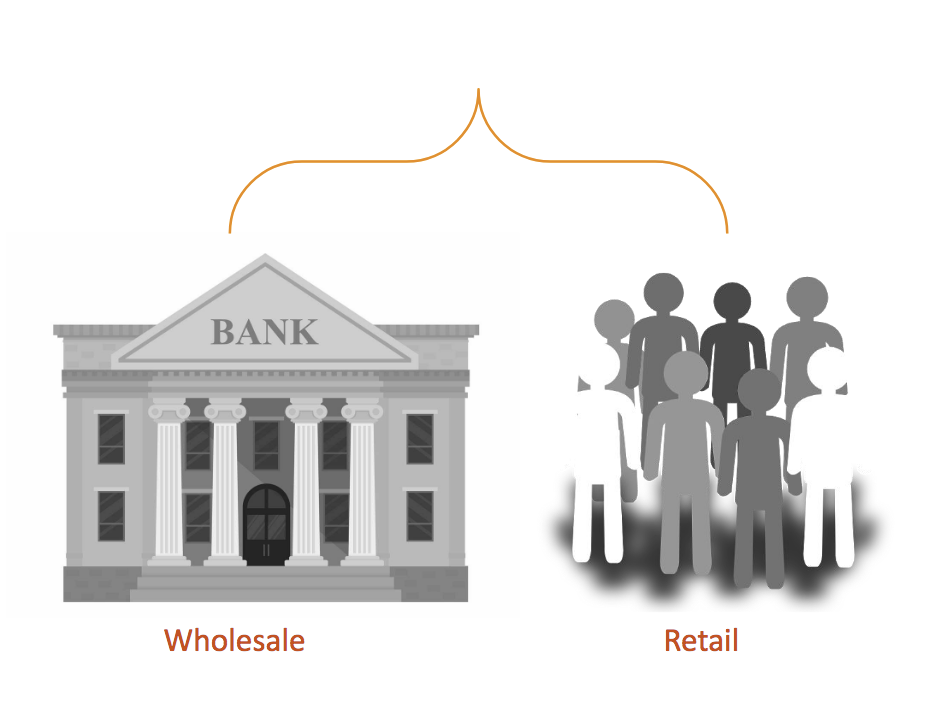 Another way of categorising CBDCs is to consider their underlying format. Specifically, CBDCs can either be account based or token based. In an account based format, ownership of the CBDC is linked to an identity whereby a transaction is an update of payer ans.d payee balance. This type of format resembles the systems we use today for sending digital payments.

Direct, indirect and hybrid models Yet another way of categorizing CBDCs is according to their distribution models. Direct Model: Under this model, all parties involved in the transaction will hold an account at the central bank. Payments will simply be a transfer from one account to the other and all claims will be backed by the central bank. The central bank will issue the currency and manage a permission system to clear transactions. In addition, Know Your Customer (KYC) and anti-money laundering (AML) compliance requirements will be met by the central bank. In a token based format, ownership of the CBDC is linked to a proof. Using cryptography, it is possible to verify digital signatures to execute and verify transfer. Thus, a transaction is a change of ownership of a specific unit of account or token. In this sense, the tokenised format resembles ownership of cash. Importantly, tokenised CBDCs – along with other forms of tokenised money such as cryptocurrencies and stablecoins – can be programmed. Such CBDCs represent ‘programmable money’ whereby different logics are wired within the definition of money itself and where rules in payments between multiple peers can be automated. 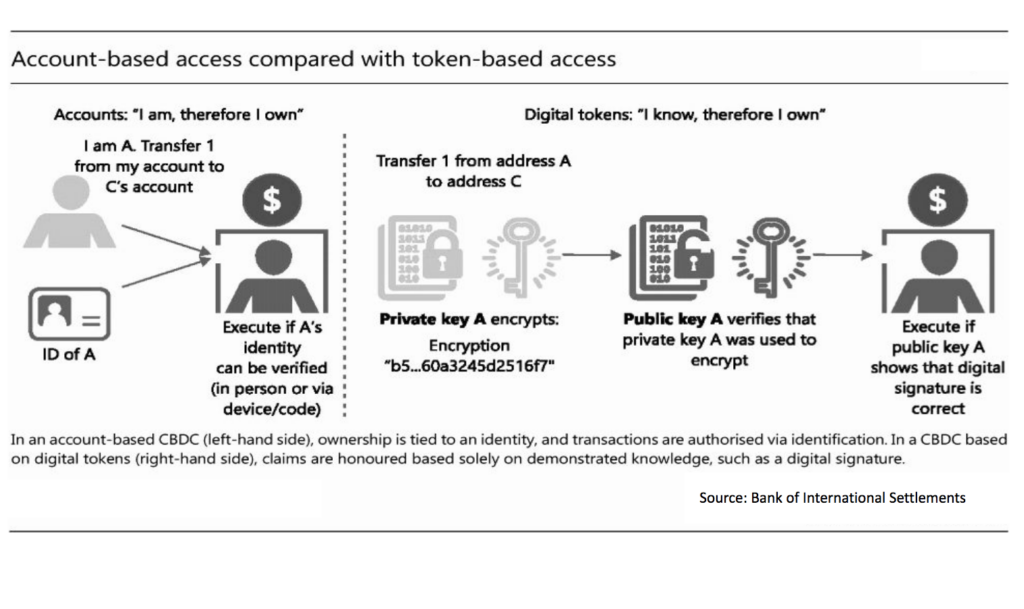 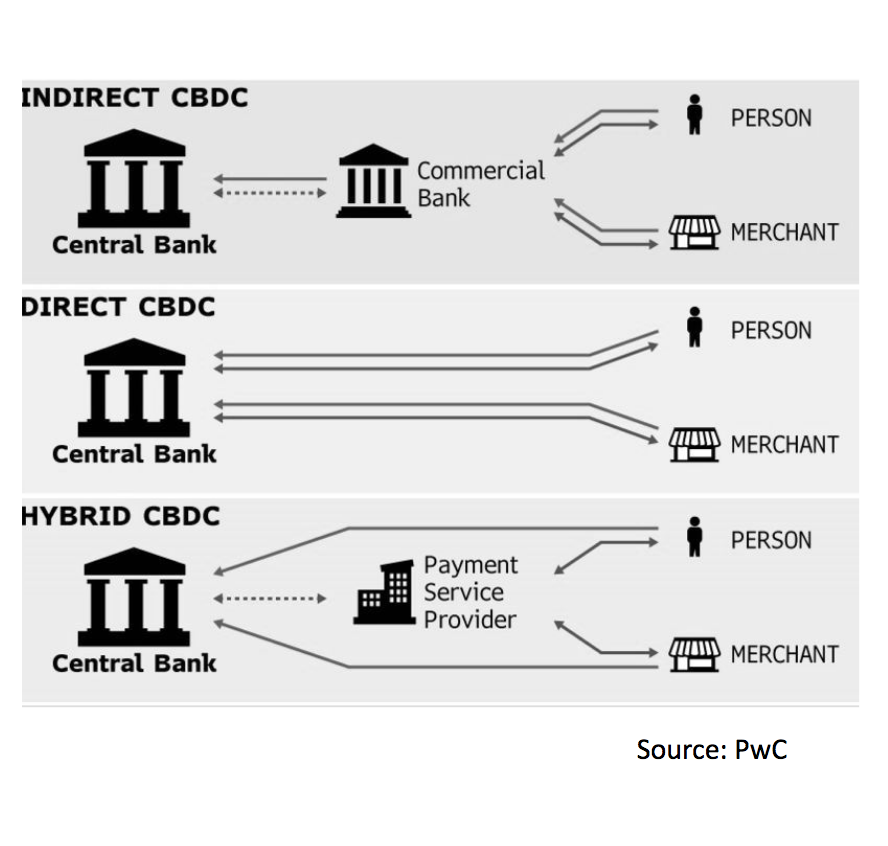 Read the full report on pwc.com