CBDCs should let central banks provide a universal means of payment for the digital era. At the same time, such currencies must safeguard consumer privacy and maintain the two-tier financial system. We set out the economic and operational requirements for a “minimally invasive” design – one that preserves the private sector’s primary role in retail payments and financial intermediation – for CBDCs and discuss the implications for the underlying technology. Developments inspired by popular cryptocurrency systems do not meet these requirements. Instead, cash is the model for CBDC design. Showing particular promise are digital banknotes that run on “intermediated” or “hybrid” CBDC architectures, supported with technology to facilitate record-keeping of direct claims on the central bank by private sector entities. Their economic design should emphasise the use of the CBDC as medium of exchange but needs to limit its appeal as a savings vehicle. In the process, a novel trade-off for central banks emerges: they can operate either a complex technical infrastructure or a complex supervisory regime. There are many ways to proceed, but all require central banks to develop substantial technological expertise.

Central banks have only recently started to consider issuing a retail digital currency (CBDC) of their own. But the thinking behind it dates back decades. David Chaum set out his vision for anonymous electronic cash 35 years ago (Chaum 1985). Issuance of electronic money by the central bank was also suggested at an early stage (Tobin 1987), although central banks themselves were slow to embrace the concept. Times have since changed, with 86% of central bank respondents to a survey at least researching the topics (Boar and Wehrli 2021), and more than 46 having launched design reports or prototypes (see Auer et al (2020 a,b) and Graph 1). The world’s major central banks have joined forces to outline the core principles for issuance, and two retail CBDCs are already in use. 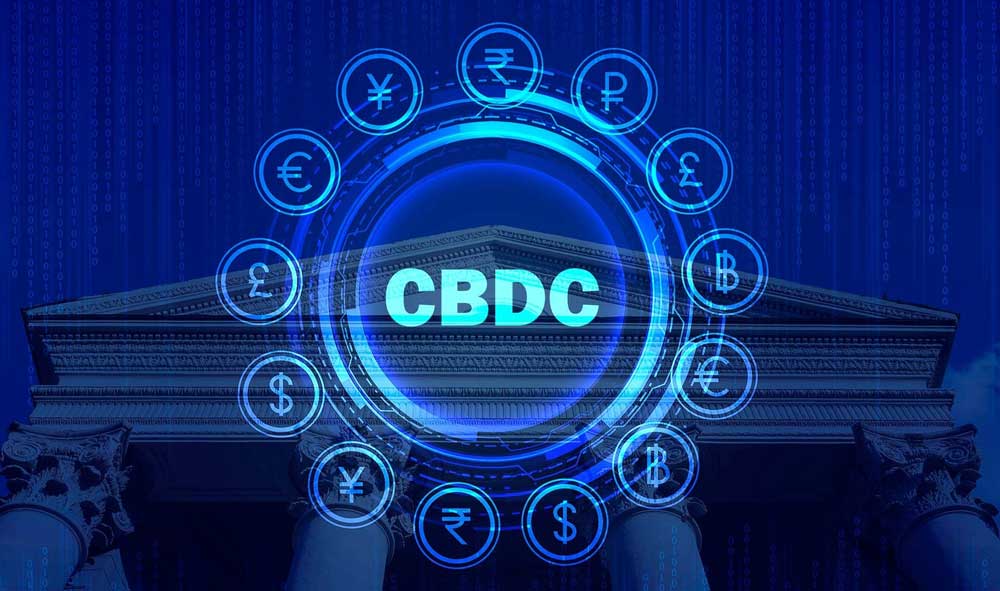