There’s a lot of information embedded in this artist’s colorful renderings. By Sam Petulla

Bitcoin isn’t like traditional currencies, and not just because it doesn’t exist as actual coins or paper banknotes.

Unlike traditional currencies like the dollar or euro, Bitcoin isn’t controlled by a single government or central bank. Instead, every transaction involving the popular cryptocurrency is logged in a computerized public ledger called a blockchain. This collection of receipts is maintained on millions of devices around the world in individual collections called blocks. Each time there’s a transaction involving Bitcoin, an anonymous data “fingerprint” appears in a block recording the exchange.

This key innovation is the basis for “Block Bills,” a collection of paper banknotes that bring the virtual payment system into the real world. As works of art, the whimsical bills have no monetary value. But they provide a “map” to the inner workings of the Bitcoin system—and they have a subtle beauty all their own.

“In some way, the project is a loose data visualization, but I mainly wanted to make the bills be interesting on their own as artworks,” says Matthias Dörfelt, the Los Angeles-based artist who made the notes. 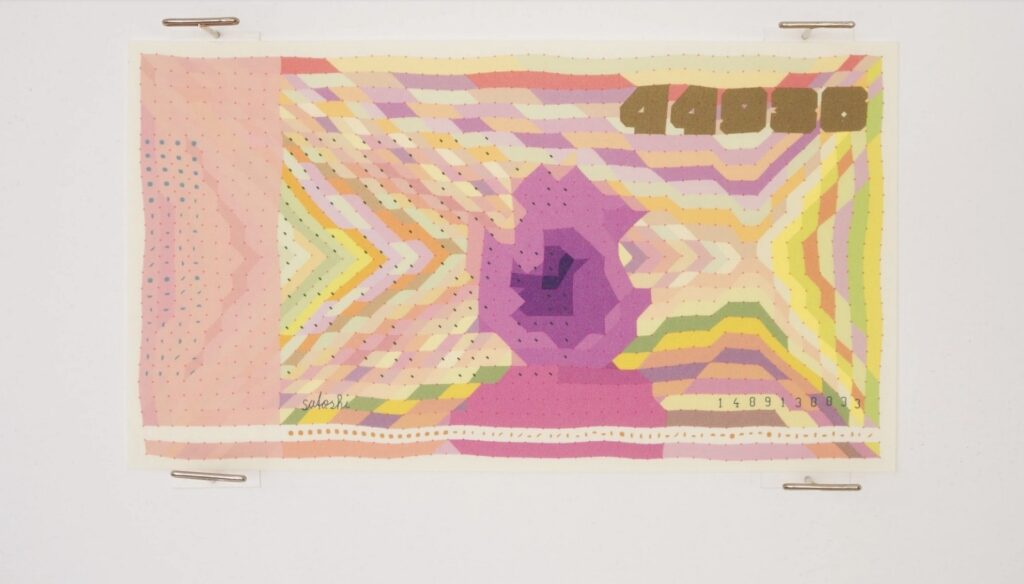 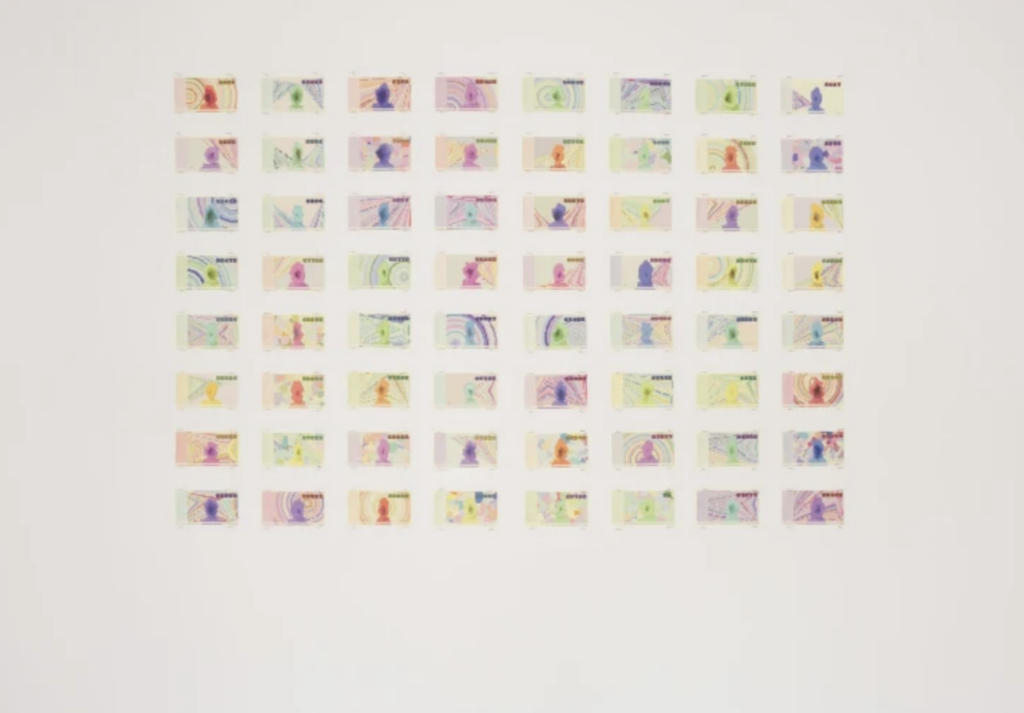