Stablecoins and the Future of Money

By Christian Catalini and Jai Massari

The writing is on the wall: Cryptocurrencies are likely going to play a significant role in the future financial system. The U.S. Federal Reserve has called for a comprehensive regulatory framework for stablecoins and is exploring a central bank digital currency. While a complete overhaul of the system of money is an extremely complex endeavor, there are three measured approaches — different, but not incompatible — that have serious potential: 1) true stablecoins, which are non-interest bearing coins designed to have stable value against a reference currency; 2) demand coins, which are demand deposit claims against insured commercial banks, on blockchain rails; and 3) central bank digital currencies, which are cash on digital rails and could represent the public sector’s response to decreasing demand for physical cash.

Last week, U.S. Securities and Exchange Commission Chair Gary Gensler made a strong statement: It’s time to regulate cryptocurrency markets. He is not the only regulator who believes this. Jerome Powell, chair of the Federal Reserve, issued an urgent call for regulation of stablecoins — cryptocurrencies that are pegged to a reference asset such as the U.S. dollar — and Federal Reserve Governor Lael Brainard signaled that the case for the Federal Reserve exploring a central bank digital currency (CBDC) in response to stablecoins seems to be getting stronger.

Regulators typically only pay this level of attention to systemically important segments of the financial system, such as banks and money market funds. These statements add to a growing body of evidence that unlike cryptocurrencies like Bitcoin and Ethereum — which widely fluctuate in value — stablecoins have the potential to play an important (if yet to be defined) role in the future of global finance. They could even become a backbone for payments and financial services.

To state the obvious, this means that major changes might be afoot for central banks, regulators, and the financial sector. These changes could bring a host of benefits, but also new and very real risks.

To economists, the benefits of stablecoins include lower-cost, safe, real-time, and more competitive payments compared to what consumers and businesses experience today. They could rapidly make it cheaper for businesses to accept payments and easier for governments to run conditional cash transfer programs (including sending stimulus money). They could connect unbanked or underbanked segments of the population to the financial system. But without robust legal and economic frameworks, there’s a real risk stablecoins would be anything but stable. They could collapse like an unsound currency board, “break the buck” like money market funds in 2008, or spiral into worthlessness. They could replicate the turmoil of the “wildcat” banks of the 19th century.

While the pros and cons of stablecoins may be debatable, their rise isn’t. More than $113 billion in coins have already been issued. The question is what should be done about them — and who should be responsible for doing it. Responses range from arguing that the current system is fine, to accelerating research into CBDCs, to emphasizing that stablecoins may be a natural evolution of the combination of public and private money that we have relied on for centuries. While it is hard to defend a system where 15% of U.S. adults in the bottom 40% of the income distribution are unbanked and where low-income account holders — particularly Black and Hispanic customers — pay more than $12 a month for basic access to the financial system, it is also clear that new technology can bring new risks.

Making major changes to how money works is complex, but governments do not have to tackle this all at once. In fact, such an approach is unlikely to succeed. The public sector, both in the United States and elsewhere in the world, has not been particularly successful in deploying digital services. (China is the exception here: it has already cleared over $5.3 billion in transactions through its digital renminbi.) But there are also risks with private sector involvement, especially as stablecoins move beyond cryptocurrency trading and decentralized finance (DeFi). Any solution would need to address consumer protection, financial stability, and financial crime prevention. These are the same concerns we always face in the provision of money.

So how should central banks and regulators respond? There are three simple ways we could “upgrade” money that play to the strength of both the public and private sector. They’re different but not mutually exclusive, and each presents significant opportunities for existing financial institutions, as well as fintech and crypto entrants. These opportunities will continue to drive partnerships between established and new players, but also will result in more fierce competition. 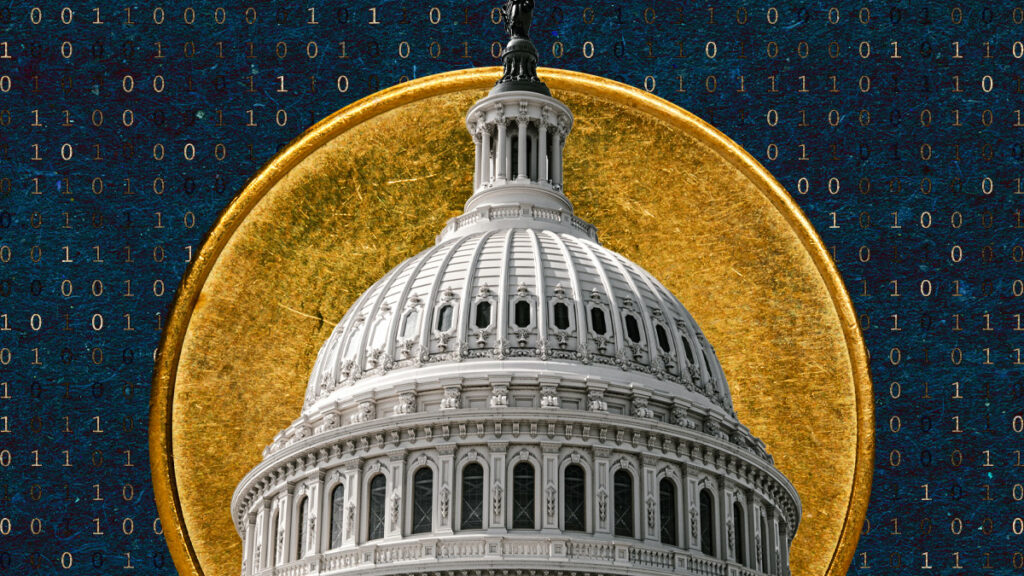